Thezenblog » Skincare » A Step Back In Time: Korean Skincare From The Joseon Dynasty

Skincare! The current Korean obsession which can hardly be deemed as a modern phenomenon.

As Korean popular culture – music, drama and cinema – went global, Korean cosmetic products became so popular – with global companies even using the Korean cosmetic industry as a testbed for products – that some shops had to establish a purchase limit.

However, it shouldn’t come as a surprise that modern Korean beauty traditions and rituals can be traced back to the Joseon period.

The Joseon dynasty is one of Korea’s longest-lived imperial dynasties which boasted of scientific achievements, political powers and cultural domination, which explains how the era lived through peace and prosperity for 200 years. However, the lives of women were still the same and giving birth to a son for the family was the only thing deemed critical for them. However, no matter how much arduous life was to the women of Joseon, they still had a keen eye for skincare. And these ancient beauty traditions and philosophies are still influencing the modern Korean beauty industry.

So, let’s go back in time to the Joseon period! 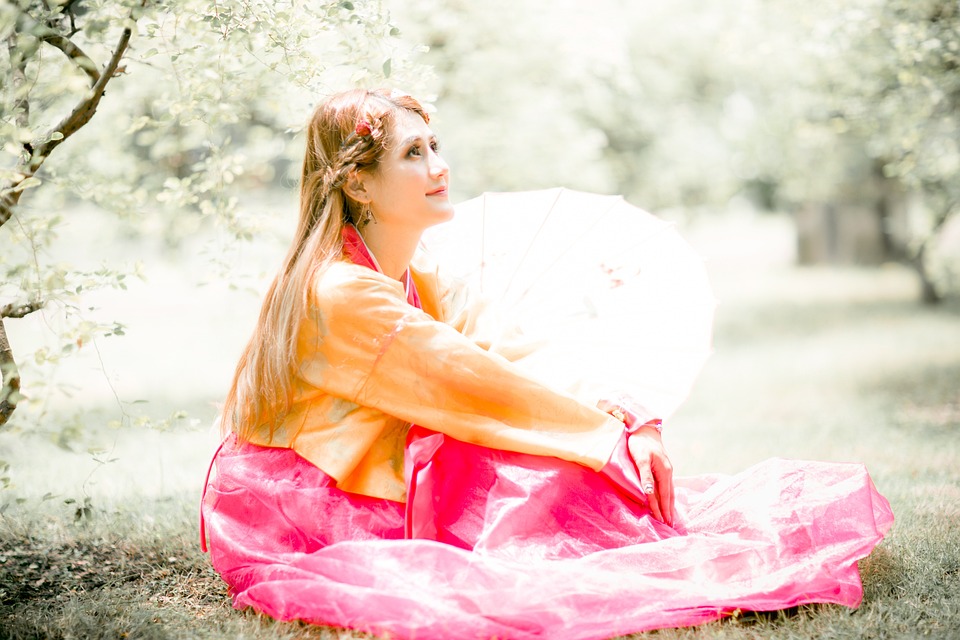 While the Joseon period marked the epitome of virtues like filial piety (an attitude of obedience and devotion towards parents and elders), the ideology that drove beauty standards and was practiced by Joseon women was “hwa-yougwol-tai,” meaning a flowerlike face and moonlike figure.

After a lot of digging, experts have come across the Yeoyonggukjeon (a Joseon period manual on women’s care and habits), which also holds a special mention of around 18 different types of cosmetics. The Jangseogak Archives, with more than 950 papers and manuscripts have also shed some light on royal Joseon court life, including ancient Korean skincare know-how for women. Unlike the West, where makeup was always associated with skincare, the first step for traditional Korean women to achieve a beautiful complexion was cleanliness, more specifically washing the face.

The ancient ladies used to follow a very common face wash ritual called jodu. To make the facial cleanser, mung beans, adzuki beans and soybeans were smashed up on a millstone and then sifted through a sieve.

It served as a powdered soap that could eliminate dead skin, resulting in a softer and brighter skin complexion.

Note that compared to noble ladies, women from the lower and middle classes used cereal grains like rice and wheat bran for this ritual.

You’d agree that today, whether you are a full-time working spouse, a mother with three kids or a college student, always carrying a moisturizer with you will give a refreshed and healthy look. This belief was the same in the Joseon era, where women created this magical cream to relieve their skin and add a glow to their complexion.

The only difference between now and back then is the use of bottle gourd. It sounds weird but it was the most efficient ingredient that could protect and uphold the female skin.

If you want to try it, all you need to do is to place a freshly sliced squash into a vase of water and then collect the sticky juice that pours out and apply it directly on your face. For more plumpness, honey was a popular choice.

Do you want an especially fragrant concoction? A Joseon health care professional did recommend pouring the juice from peppermint leaves into the cream, which will provide a cooling effect when applied.

And, if you’ve got dry skin, I suggest cracking three eggs into the liquor and closing the jar tightly. After a month, apply the combination to your face for a more soothing and glowing complexion.

And, if you want to know more about ancient Korean beauty rituals, I strongly suggest to binge-watch some of the famous sageuk series.

A Step Back In Time: Korean Skincare From The Joseon Dynasty